Will he ever get used to baths? 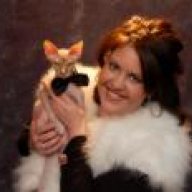 When researching about the sphynx cats, I read many sites that said many of them don't mind water and will sometimes get in the shower with you. Jack...well, on his first bath with me a couple weeks ago....well, it was less than to be desired. I think I made the mistake of putting him in the tub WHILE water was running, which probably scared him, and it was downhill from there. The second time, I got water ready, turned it off, then went to get Jack, who ran away from the bathroom like a jack rabbit when he saw me get up from the bathtub and call out his name. He was crawling up my shoulders as I started to enter the tub. I tried to make it a calm experience by my tone, lovingly talking to him and being very gentle putting him in and putting some toys in there to distract. It was better, but he was pretty stiff in there and was not happy or comfortable at all. Will it get any better? I was soooo hoping for him to enjoy his baths (or atleast hoping he gets to that point). Some videos I saw on youtube are just hilarious of cats playing in the water!

Is there any hope for Jack? Any thoughts?

When re-reading my post "after" I posted (of course!), I realized it sounded like he takes baths WITH me...not the case! Ha ha!
M

Sadly my cats got so bad with baths I now have them groomed at the groomer once a month. 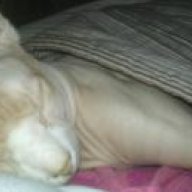 my bronxe has always hated bathes.. and when i first got him i made the mistake of not bathing him as often as i should because i was so upset over having to fight with him. i hated that he was so stressed out about bathes... but that ended up making it 100x's worse!! i would suggest bathing regularily, as to not get where bronxe and i are about bath time. it's such a nightmare now my other two kitties tolerate bathes. one fights a little while the other just sits there- but obviously not happy. i wish i had kitties who loved bath time, but that is not the case in our house lol.
S

Both of my sphynx cats are pretty good in the bathtub, so I don't know if it's because of any great bath technique on my part or just plain good luck (most likely the latter!). I do make sure the bath water is completely off before I even bring them near the tub. The tub water has to be comfortably warm, more on the warmer than cooler side. I've noticed that if I fill the bathtub water higher (like up to their chest), they seem to feel "more comforted" and relax more. Also, I don't waste time when they're in the tub, I scrub them down quickly (but thoroughly) with soap, rinse them, then pull them out and put them on my bathroom counter, where I dry them off with an extra-absorbant towel made especially for pets.

I think overall the faster and more efficient you can make the bath experience, the better it is for you and your kitties. Hope this has been at least a little helpful for you. 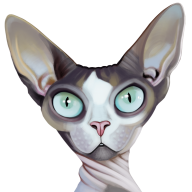 I don't know if it will get better for Jack, but he may just eventually give in and accept it. Leo is generally a champ when my wife bathes him, Athena on the other hand is a terror!:Laugh:

I agree with the others; try to streamline your technique as best as you can for speed and efficiency. Don't give up and stick with it on a regualr basis. And be sure reward him with lots of treats. He is bound to tolerate baths better over time just for the prize. Good luck.

Thank you! He's really a pretty easy going and loveable guy, and I noticed marked improvement from bath #1 to bath #2 (although by no means can I say he "liked" it at all!). Thanks for the tips (warmer water...i had mine on the lukewarm end, and only a couple inches up his legs...next time I'll fix that). Yes, I will never have the water on again when putting him in and I have a tall glass ready for a final "clean water rinse" so I don't have to turn any water on. I am bathing him once a week. He's not oily at all but sure gets dirt on him and in his wrinkles like the next day after his bath! He gets baby wipes face washes every other day or so, too, for dirt control--Haha! 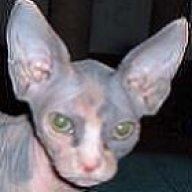 JacksMom said:
When re-reading my post "after" I posted (of course!), I realized it sounded like he takes baths WITH me...not the case! Ha ha!
Click to expand...

Hey there's nothing wrong with that, my Pedda takes baths with me! That's how I got her to accept being bathed without fighting too much.

The trick to getting kitties used to baths is to be firm but patient. And never ever let them escape or they'll try even harder to get away the next time. Once you develop a pattern of bathing he should get used to it sooner or later. 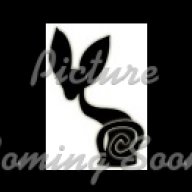 Both Diego and I have to learn about baths with him. He didnt care for them so his old owner didnt bathe him. She just baby wiped him so I am going to try to get the baths going again.

The way we take baths are in the kitchen sink with one side having some soapy warm water with a wash cloth then I put him in the other sink and wash him with no running water. I pour soapy water from the other sink onto him then scrub. The only time I use running water is to rinse him and it seems to work out just fine for us. My no means does he like it but he does tolerate it!
Share:
Facebook Twitter Reddit Pinterest Tumblr WhatsApp Email Share Link